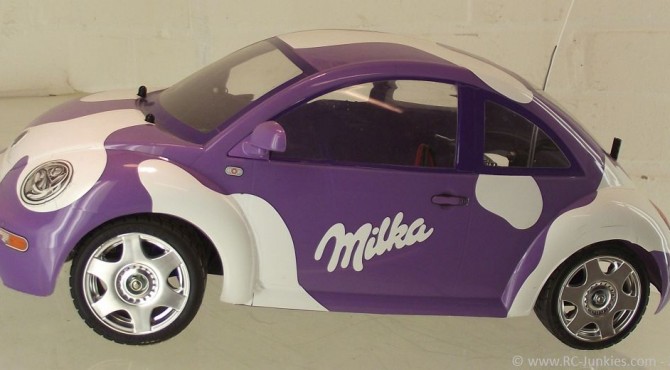 Featured here is the extreme rare ‘Milka edition’ of the Tamiya Volkswagen New Beetle on the front wheel driven FF01 Chassis, the Tamiya item number is 58217.
This car originates from 1998. The Tamiya New Beetle with the FF01 chassis is already a rare find nowadays, but this special ‘Milka Edition’ makes it even more desirable, because only 10 cars in this Milka edition were made, ever!

The ‘Milka Edition’:
This extremely rare Milka Edition Tamiya Volkswagen New Beetle on the FF01 Chassis (item #58217) has been especially created for a German advertising campaign to celebrate the 25th anniversary of the MILKA cow in 1998. For this celebration a specialized company issued 10 pieces of the Tamiya Volkswagen New Beetle in Milka look. These 10 cars could be won as a price in a contest.

The stunning Milka-look was issued by Lila colored spray-paint and very special, ultra thin white decals. These decals are precise placed identical on all 10 of the models made, so all 10 models are equal. The wheels are copies of the original optional aluminum wheels on a VW New Beetle and feature unique plating, giving it a real light-metal look, which are a great combination with the cuddly scale body.
As mentioned these 10 existing Milka Edition Tamiya Volkswagen New Beetles could be won as a price in an open contest and were NOT available through any shop or store. The only way to get your hands on one of them was by winning one in the contest.

About the Tamiya Volkswagen New Beetle FF01:
The Tamiya Volkswagen New Beetle was the last model build on the FF01 Chassis. It was only out-sold by the Volkwagen GOLF V5 (item #58206) which stayed in the Tamiya program till 2001, but which was introduced before the New Beetle.
Tamiya used the FF01 chassis for several models between 1993 and 1999. The chassis was created to add to the scale accuracy by creating a front-motor, front wheel drive chassis for RC cars which received bodies of real-world FF-layout vehicles.

About the Tamiya FF01 chassis:
The Tamiya FF01 uses a tub chassis with transverse battery mount, identical to the TA02 chassis with which it shares a number of parts. In fact, the original designation of the FF01 was “TA02 FF.”
A 2WD off road-style motor and gearbox are mounted up front, with enough room for steering components behind the axles.
At the rear, behind the battery a narrow, empty box structure providing some rigidity and TA02 rear hubs with floating axles without drive cups. These hubs provide 1 degree of toe-in and are reversible to create toe-out to combat the inherent on-power understeer of the FWD setup and its light rear end. 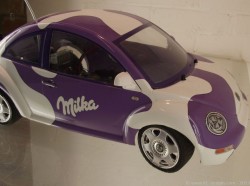 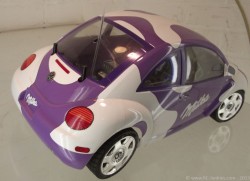 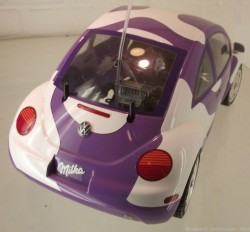 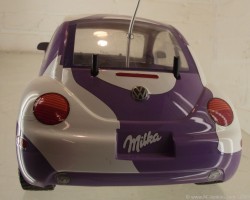 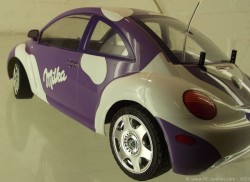 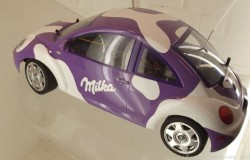 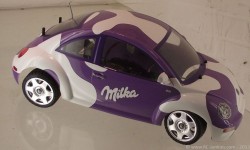 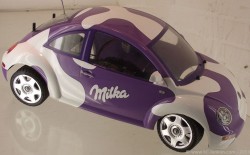 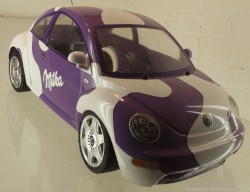 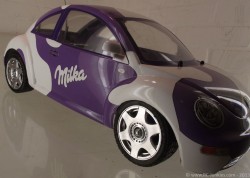 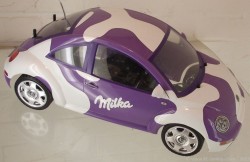 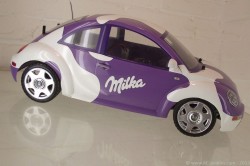 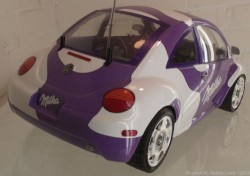 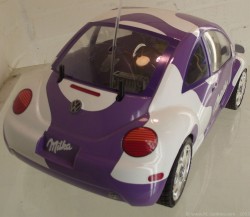 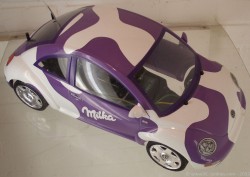 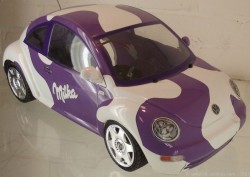 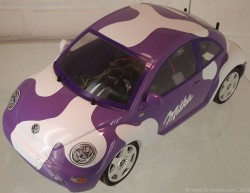 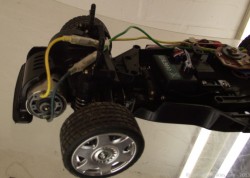 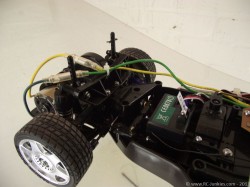 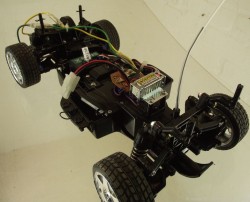 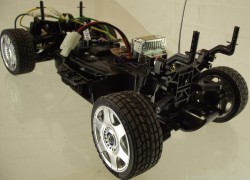 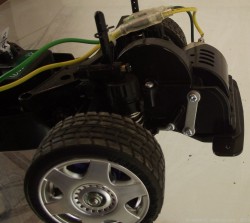 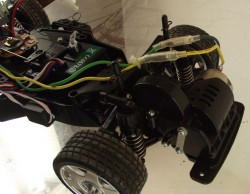 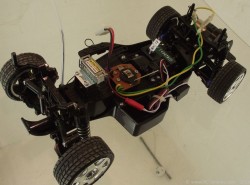 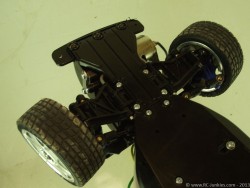