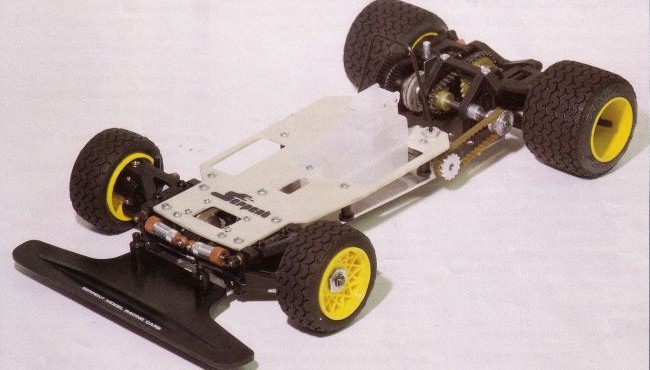 Serpent was a company from Heemstede, North Holland in the Netherlands specializing in competition grade radio controlled cars which has won numerous IFMAR and EFRA titles, plus several national titles. What happened to them now? Let’s take a look at their history.

For severall years, from the early 70’s, Mr Bervoets raced on the Vlasakkers in the middle of Holland where he had met Mr. Ron Ton. Mr. Bervoets built his first RC car in 1972, using a Kyosho Dash 1 chassis modified by himself. Mr. Ton, a technical and mechanical engineering genious, was at that time ‘king of the hill’ so to say, he built his own suspension cars and had the best hand tuned engines. Mr Ton was miles ahead of the rest of the racers at that time. Then Mr. Bervoets slowly caught up with Ron and they shared many Dutch Championship titles between them in the early seventies.

In 1977 the company FWF started to develop their first car under the name of Serpent. They build and sold cars based on Mr. Keith Plested’s PB Racing RC Cars, who produced the plastic parts like front end, wheels, gears etc.
Early 1979 Mr. Pieter Bervoets was asked by Frans de Vos, who together with Wieb Radsma and Frank Cromberge had started the company FWF engineering and had created the Serpent brand, to join that start-up. About one year later Mr. Pieter Bervoets took over FWF company and went on by himself, without the company’s namegivers Frans, Wiebe and Frank.

After Mr. Bervoets took over the company FWF in late 1979 Mr. Bervoets asked Ron Ton to join this new endeavor and together they created Berton Model Racing Cars. The Serpent brand was already estabilished in the early FWF years and the models created by the Berton company were sold under the Serpent brand. Serpent was founded in 1980 as a brand name to Berton BV. It was named after a combination of its founders, Mr. Bervoets and Mr. Ton. Mr. Bervoets remembered Mr. Ton in 2022 “A true R/C legend, so many r/c innovations came from Ron, like the 2-speed clutch principle, centax clutch and even the quick change wheel ‘hook’ design, still in use and unchanged till today”.
Mr Ron Ton left the company in 1993 mainly for health reasons and to pursuit his long time love: 1/4 scale model airplanes, building his own 1/4 scale multi-cilinder model airplane engines, engineering marvels! 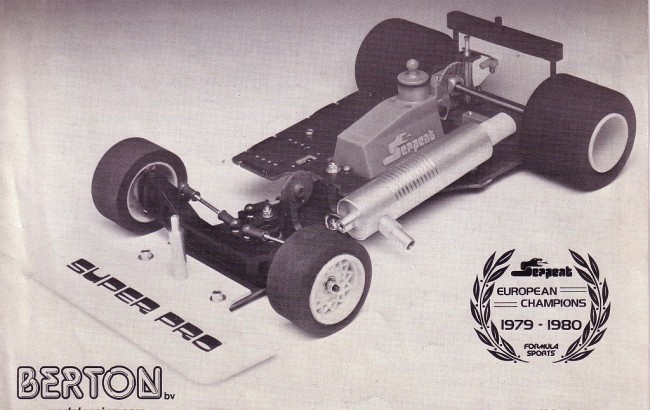 One of its highlights of their competition career is the total domination during the IFMAR World Championship for 1/10 Scales 235mm IC On-Road cars that took place in Apeldoorn in Netherlands. The competition car for the category at the time have dominated the top 10 position in both the Class 1 (sportscars) and Class 2(touring cars).

In 2005, Bervoets sold the company to Ronald Baar and the works’ championship winning driver and designer, Michael Salven, so that he could concentrate on his other project that he had been running for ten years before. The project was Virtual RC Racing, which specializes in RC car racing simulation for computers. 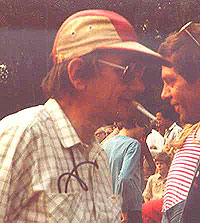 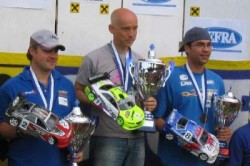 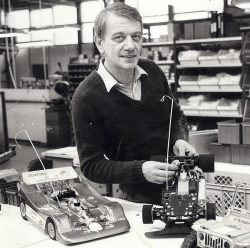 In 2008 the Dutch company went into bankrupt. The Off-Road projects that was just started during the time were paused and the brand and the stock was sold to a new company called “VectorRC”, which is situated in Holland. Michael Salven and Ronald Baar are now owners of the Serpent brand and run a company that takes care of the development and the marketing worldwide.

As of 2009, Serpent have won a total of seven world (IFMAR) and thirty three European titles (EFRA) together with five Japanese (JMRCA) and eight U.S. (ROAR) national titles as well as three Winternats.

In 2011, Serpent was once again sold from World Model (Serpent Ltd Hong Kong) to a new company in China, which retained the name and all relevant logos and designs of Serpent. Moving to China was a decision that hopes to maximize profit by lowering the production cost while still being able to maintain the same pricing that the brand has always been known for.

And that new elan worked out; read the 2015 brochure which was issued for the 35th aniversary of Serpent in 2015, highlighting the succes of Serpent through the years!

Click the picture below to open the PDF-File of Serpent’s 35-aniversary brochure with information about all their models through the years! (upto 2015)