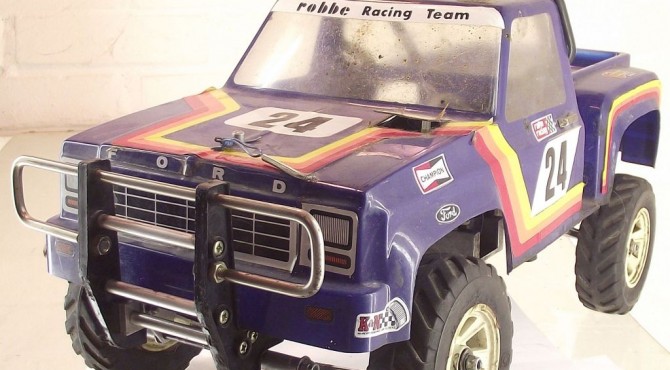 Kyosho made two versions of this 4×4 ‘Bruiser’ type of offroad car in the early eighties (1982/1983). One version was an electrical type with the body of a Chevrolet 4×4 pick-up which had Kyosho item #3008. This electrical version was also available as 4WD Jeep Indiana. The other version had a nitro engine and was available with a 4WD Datsun or a Ford Ranger body. The nitoengine version of the Ford Ranger 4×4 is featured in this article. In Europe these models were sold by Robbe under their own name. Both, the nitro and electrical models, are chain driven 4WD.

These models were meant as an answer to Tamiya’s first line of 3-speed models like the Hi-Lux and the Blazer. But as the Tamiya’s became very popular this Kyosho/Robbe model was not a big succes. Although the quality of the Kyosho/Robbe was good, it offered less ‘technical trics’ then the Tamiya brothers. This is the reason that this car is very rare, not much of them were sold, most clients opted for the Tamiya cars.

The here under pictured car was produced as Ford Ranger 4×4 in nitro version. The engine is a Enya .09 ci (1,5cc) with a pull-starter.
The ladder-frame chassis is very strong and made in aluminium, all the gears in the chassis mounted gearbox are also made of aluminium. The original bodies weren’t up to much, the body is very thin and gets cracks very easy. The car came factory painted.
The starting mechanism was a pull-starter which gripped on the flywheel through a one-way bearing, a yellow plastic puller was used to start the engine.

This here under pictured Kyosho 4×4 Ford Ranger car is converted to rear wheel drive (2WD). The drive chain was shortened and a extra chainwheel was added to the tensioner. This car has an original factory painted Ford Ranger body, only the mirrors are missing. 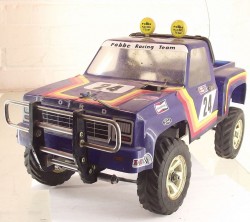 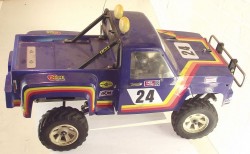 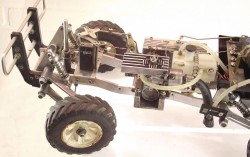 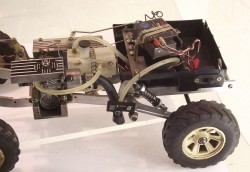 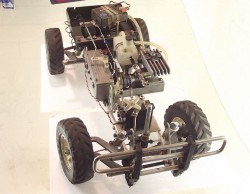 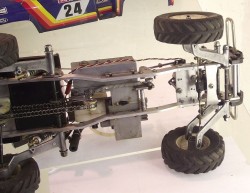 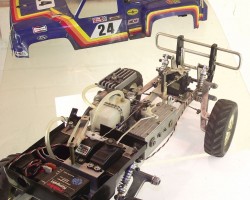 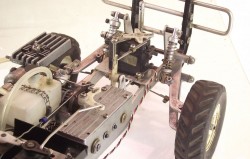 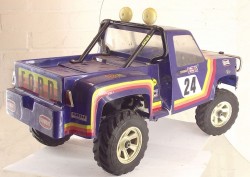 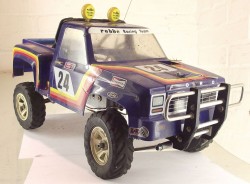 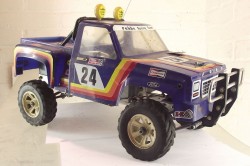 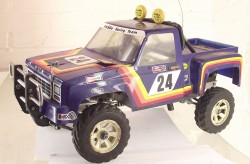 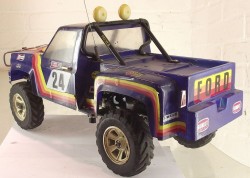 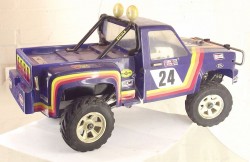 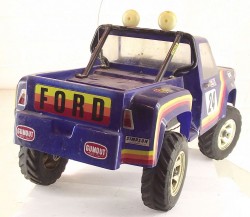 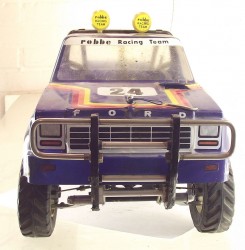 Here are some pictures of the Kyosho (Robbe) 4×4 Ford Ranger in 4WD version which we found on the internet: 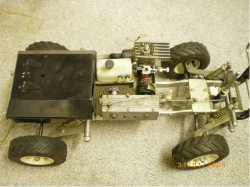 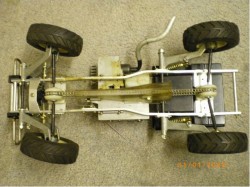 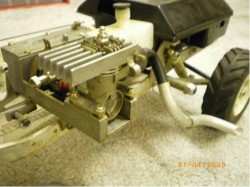 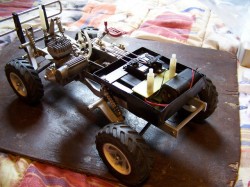 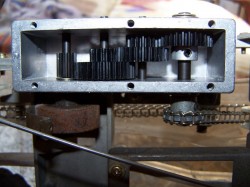 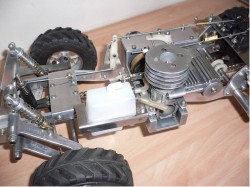 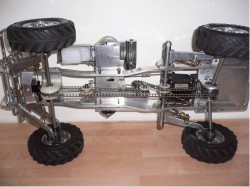 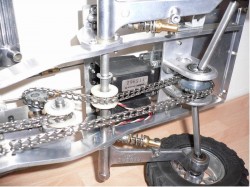 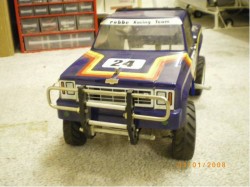 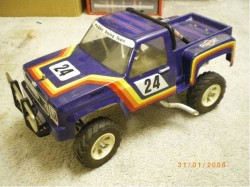 Above pictures courtesy of Tamiya Club and RCMagVintage.com

Here are some pictures of the Electric version with Chevrolet body. What makes the electric version appealing is the see thru gear box assembly, where you can see the gears in action, centrífugal clutch and mechanical reverse mechanism.

Here you can find the manual of this car as PDF file: kyosho-4wd-manual-Datsun (click to open)