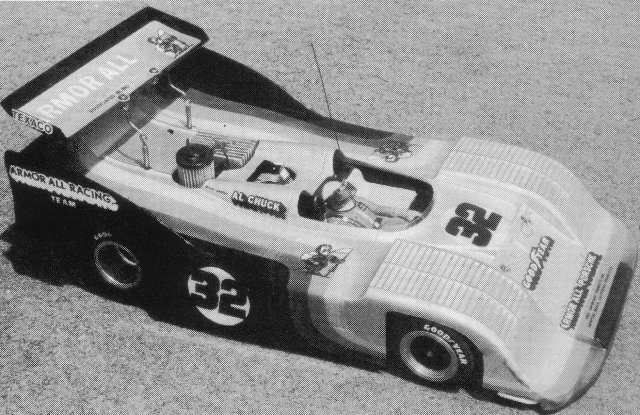 Gene Husting discovered R/C car racing and he quit racing slot cars. At that time, he was working at a Shell gas station that he owned. He had bought a Delta R/C car and was winning races with it.

Roger Curtis, who owned Associated at the time, was one of Gene’s customers at his gas station and raced with him, too. It was at this time that Roger asked Gene if he would like to be his partner at Associated.

After learning the basics at Associated, Gene designed a new 1:8 scale gas car – the RC100. The RC100 was an immediate success. Racers around the world were telling them how great the car was. Gene’s racing was still going strong, too.

The World Championships were held in Pomona, CA at the famous Thorp Raceway with the collaboration of Gene, Ted Longshaw from England, and John Thorp. Racers from all around the world came. This was the beginning of what was to become IFMAR.

Right click on the picture and choose for ‘open in new tab’ for full size! 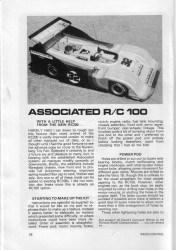 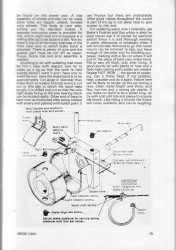 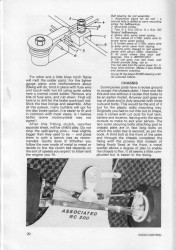 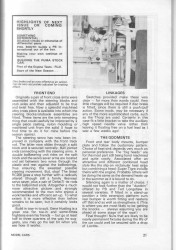 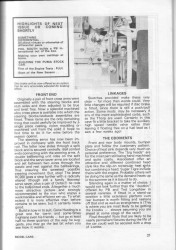 Some pictures of the car of Mr. Christophe Seux 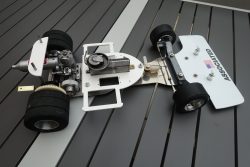 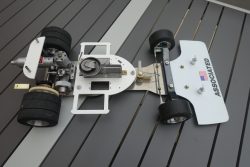 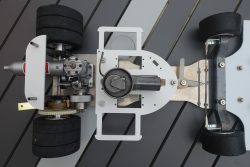 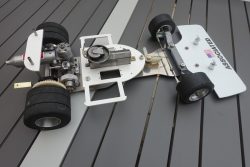 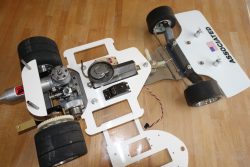