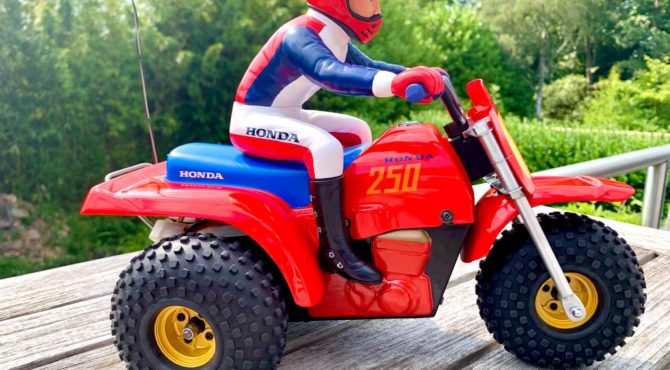 The Robbe/Kyosho Honda ATC250R (kit no. 3442) is a high-performance, three-wheeled ATV model in the scale 1:6th based on a tricycle produced by Honda from 1981 to 1987.
Kyosho (Robbe) published the first pictures and information in the 1982 Kyosho catalogue.

This electric RC model has no suspension, and where the original version was designed specifically for racing with the powerful 250cc two-stroke engine, this model ATC was quite unstable and therefore not so good for high speed racing. It was designed for fun and with the realistic looks and ride, it is a lot of fun! 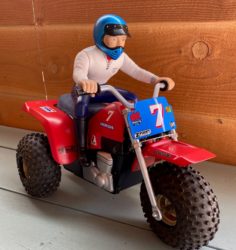 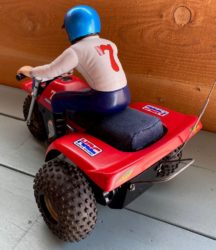 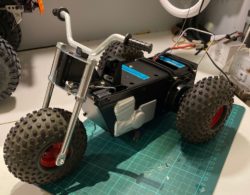 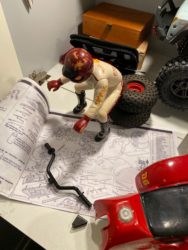 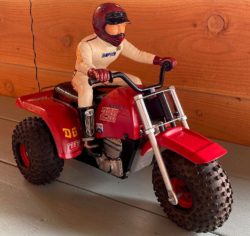 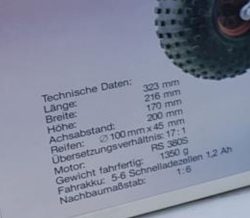 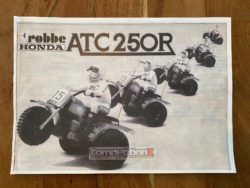 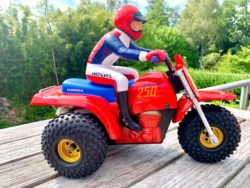 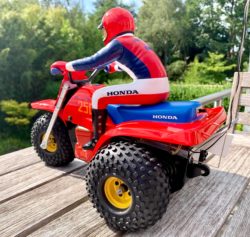 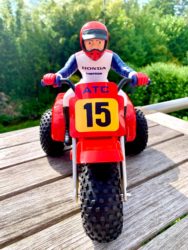 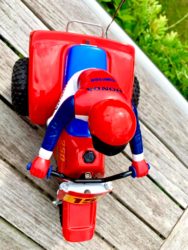 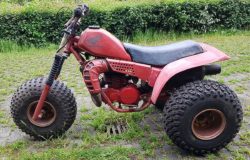 The model has a 380-size motor with enough power to make the tricycle wheely and it has capability for high speed cornering, but you have to be careful not to flip it over when turning left or right.

Some other video’s made by Mr. Vidar Rygge: