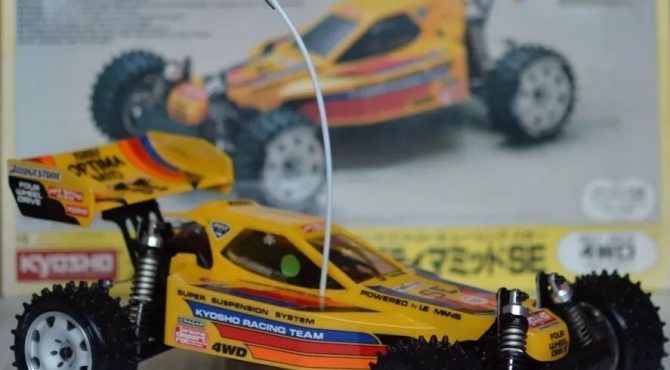 The Kyosho Turbo Optima Mid SE used the same 2.3mm countersunk alloy chassis. The ‘plain’ Optima Mid had a thinner 2mm chassis without countersink screws. The differences between the Turbo Mid and Mid SE are the different shocks, chrome wheels instead of white wheels and the SE had a motor and MSC included. 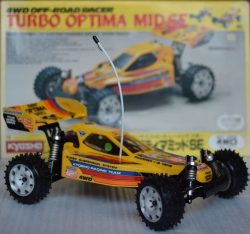 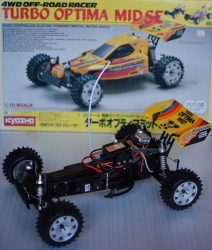 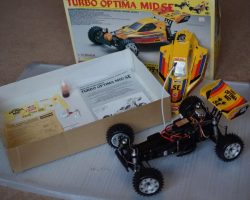 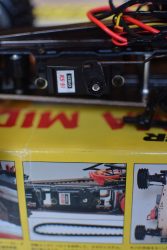 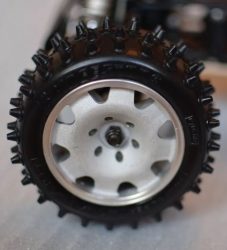 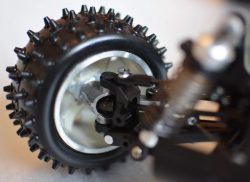 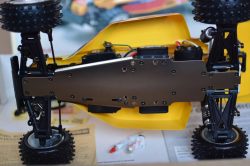 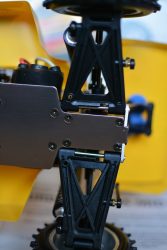 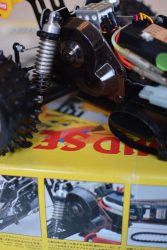 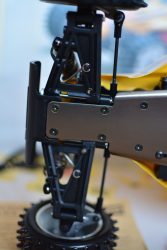 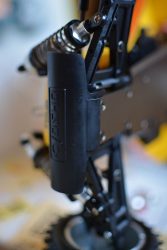 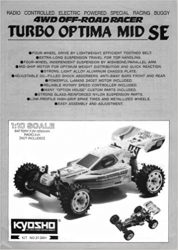 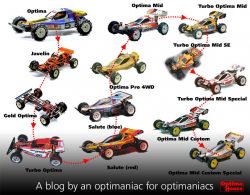 Notable models in the Kyosho Optima series:
This was Kyosho’s highly successful series of 4WD off-road racers. Many of the models gained widespread popularity in off-road RC racing.

Optima: a 4WD buggy with a chain drive system. Uses an aluminum ladder frame
Gold Optima: this limited model was released after the 100,000th Optima was sold. 10,000 of this model were produced. The name comes from the gold colored anodic coating used on many of its parts.
Turbo Optima: sections were strengthened to allow an 8.4V battery to be used. Equipped with a Le Mans 240S motor and ball bearings)
Optima Pro 4WD: The last Optima to use a chain drive system. Uses an amp (ESC)
Optima Mid: all of the Optima models below are belt drive models. The location of the motor was changed from the rear overhang to an RMR layout. The frame was made of duralumin and fibre-reinforced plastic.
Turbo Optima Mid: The upper echelon of the Optima Mid series. Sold with several optional parts.
Turbo Optima Mid SE
Turbo Optima Mid Special: the wheelbase of the Optima Mid was extended, and was sold with a carbon fiber frame. Only a maximum of two were shipped per store, as it was a limited model.
Optima Mid Custom: a low priced version of the Turbo Optima Mid special. The frame is made of duralmin.
Optima Mid Custom Special: similar to the Turbo Optima Mid special, with the LWB duralumin frame (some were confirmed to have been produced with the carbon fiber frame), but the body was changed to a “bullet type” canopy body.