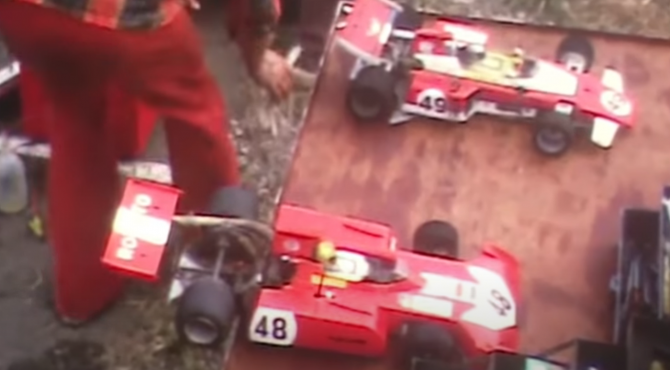 Mr. Pieter Bervoets, co-founder of the Serpent brand filmed this 8mm film during the first European Championship for 1:8 nitro cars at Pista Santa Anna in Modena, Italy.
Winner in sportscars was the legendary Franco Sabattini who had just started his company SG.

Henk Groen from the Netherlands came second and a Swiss driver (sorry don’t remember his name…) came third.
In these pre-EFRA days the Euro’s were always 2 classes, sportscars and formula 1, and 6 cars on the track as there were no more frequencies avaialble!
These were the pioneering days of r/c in Europe, with Ron Ton, Frank Cromberge and myself.
(Text written by Mr. Pieter Bervoets for posting on YouTube)