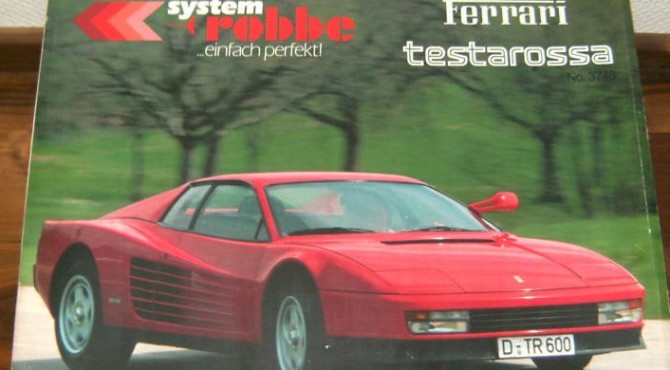 The Ferrari Testarossa came onto the scene in 1984. With her ultra wide body and remarkably low frame the Testarossa became a dream handler. Her improvements, her grace and her style landed her on the cover of Road and Track Magazine nine times in just five short years as enthusiasts and critics alike heralded her superiority to other cars in her class, and her superiority to her sister Ferraris.

Her 4.9 liter flat 12 pulsates with anticipation and excitement at the mere notion of her 390 horses opening up full throttle. The coil over shocks and the rear double wishbones set her apart from her basic original design that mimicked the 512 BBi. The Ferrari Testarossa is not doubt on of those fabulous legends, and most likely will retain her legendary crown for decades to come.

This model, the Robbe Ferrari Testarossa kit no. 3748, is made by the German company Robbe has double wishbone suspension al around, progressive rate coil springs, six oil filled shock absorbers (two in front, four at the rear), and all axles and shafts mounted with ball-bearings.
The battery change from underneath via hatch with quick release latch.

This is a true to scale model of the famous Italian sports coupe for two or three channel R/C operation.
Highly detailed injection molded bodywork with optional working lights and retracting headlights. 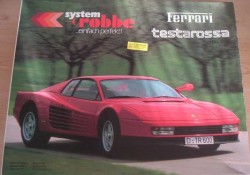 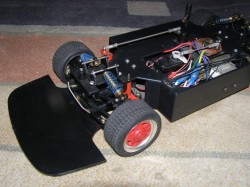 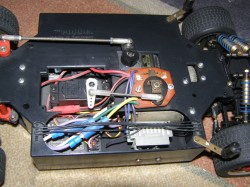 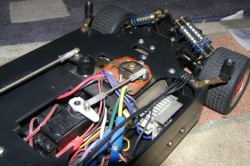 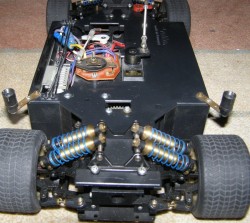 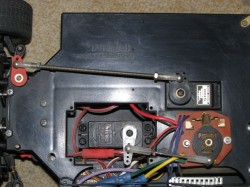 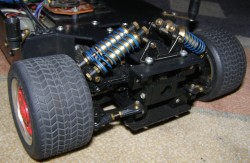 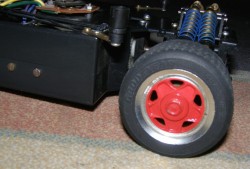 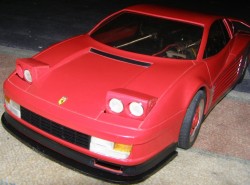 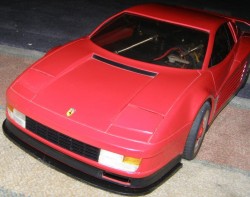 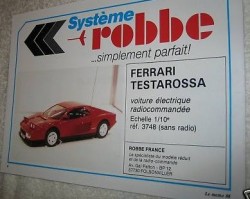 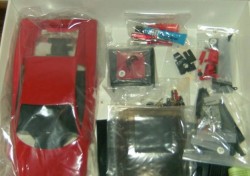 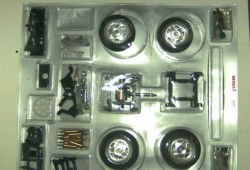 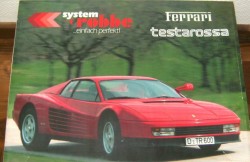 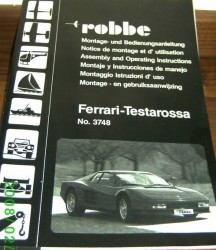 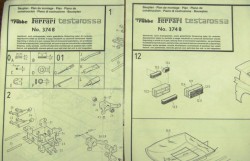 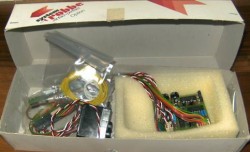