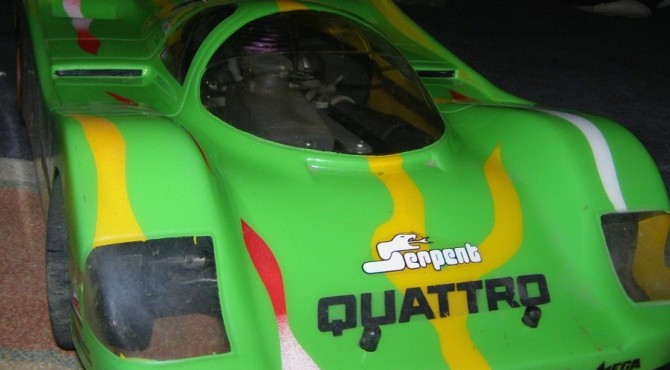 Belt driven with a 2 speed transmission. This car is the further development of the successful 2WD version of the first Serpent model with 4 wheel independent suspention Quattro Mk. IV. The front axle was driven by a belt.
The 2WD version had severall manners to drive the rear axle, there were different versions: chain, direct drive via gears and belt drive. Through a clever model policy, it was possible to upgrade the vehicle through up-grade kits to 4WD.
The 4-WD conversion kit no. 4650 can be mounted to all Quattro models. The only modification to models before 1985 is the epoxy radio plate. Models from januari ’85 and on have universal radio plates for both 2-WD and 4-WD.

The model featured here is the Serpent Quattro 4WD which was in the 80s one of the most successful racing cars in the 1/8th scale. This version has 4WD through three (3) belts. The front wheels are equipped with one-way bearings.

Uniquely are the mounting of the shocks in front and rear. Springs were seperate in the lower arms. Anti sway bars front and back. Upper deck with space for servos and receiver. Front and rear foam tires.The motor is a .21ci Mega (3,5cc).
Rody Roem has won in 1985 the World Championships in Tokyo with a Serpent Quattro 4WD powered by an OPS engine. 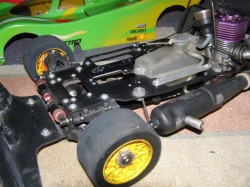 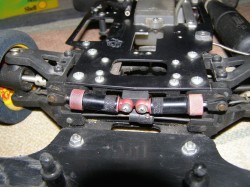 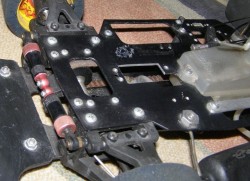 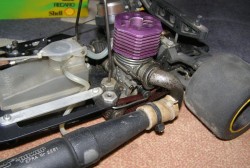 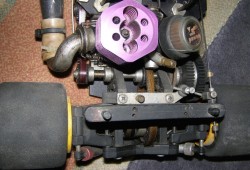 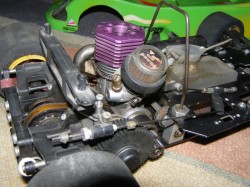 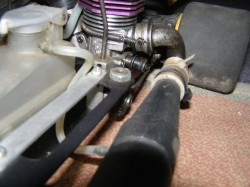 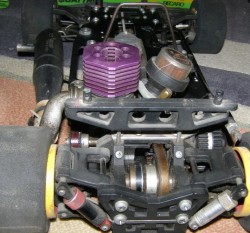 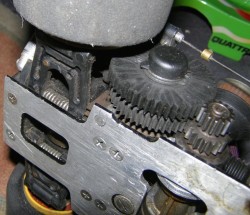 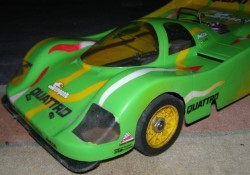 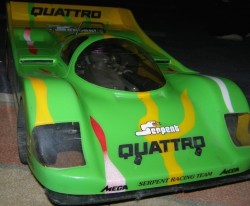 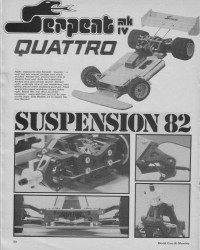 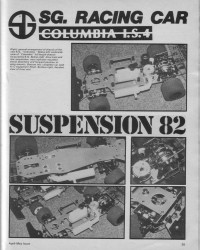 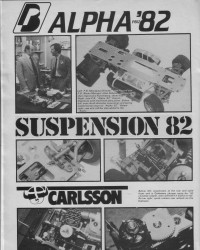